As a non-business unit under the People's Committee of Thua Thien Hue Province, after 20 years of establishment and development, HueCIT has gradually asserted its position and role in building software products, providing information technology (IT) services, operating the software park and training IT human resources for society.

Having received the province's key investment as well as possessing a synchronous technical infrastructure system and quality resources, HueCIT has steadily achieved great success with products and services that are highly appreciated for its quality, efficiency and applicability. A few products of HueCIT have won prestigious awards at the national competitions on IT such as Vietnam Intelligence Contest, VIFOTEC National Technical Innovation Contest, Sao Khue award, etc”.

With strategic products aiming to build e-governments and smart cities, HueCIT's solutions have made an important contribution to making Thua Thien Hue a leading province in developing provincial e-government and smart cities. Due to this effort, Thua Thien Hue is highly appreciated throughout the country and continuously becomes one of the provinces with the highest IT application index in Vietnam.

Particularly, HueCIT has held the function of organizing software technology parks and providing comfortable services on information technology infrastructure, managing software business incubator and digital industries, supporting the software enterprises for development, as well as calling for software enterprises to invest in Thua Thien Hue province. With these functions, HueCIT has organized many activities since 2012 with the aim of supporting IT start-ups to have the most favorable development conditions as well as attracting IT businesses to invest in Thua Thien Hue to enhance the development of IT industry, which makes a significiant contribution to the socio-economic development of the province. 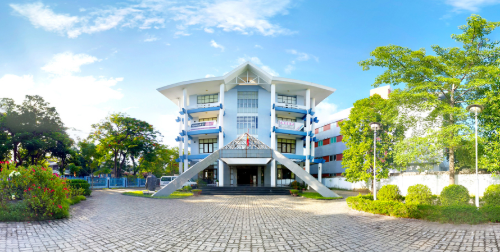 The Hue Software Park has supported over 35 turns of businesses and has currently been operating 14 enterprises with about 200 regular employees in the IT field so far. Moreover, HueCIT has annually welcomed an average of 20 domestic and foreign delegations who come to seek investment opportunities in the IT field in Thua Thien Hue. In December 2019, the Prime Minister signed the Decision to admit HueCIT to become a member of Quang Trung Software City. The new scale of a central Information Technology Park with an area of 39.6 hectares, which was approved for detailed planning in An Van Duong new urban area and the 5-storey building with a floor area of 2,450m2 at 06 Le Loi street is going to open up a new opportunity for the investors who want to seek investment opportunities in the IT field at Hue Software City in particular and Thua Thien Hue province in general.

With the mission of managing central IT zones, promoting and calling for investment, supporting businesses in the IT sector of Thua Thien Hue province and being a member of Quang Trung Software City, HueCIT has effortfully made a major contribution to promoting the provincial IT industry appropriately as well as partnering with the other members to raise the brand awareness of Quang Trung Software City.