This was a study tour to learn about the culture, as well as the development of different industries in Vietnam. Especially in the field of IT, DMU desired to visit QTSC - the biggest concentrated IT zone in the country. Here, students were introduced about the process of formation and development of QTSC over the past 21 years, along with its outstanding achievements and position on the world technology map.

DMU has been named as one of the 150 best young universities in the world by the influential Times Higher Education magazine. The Faculty of Technology at DMU is considered one of the largest technology centers in Europe. It specializes in research and training in game technology, media production and artificial intelligence. With more than 400 courses ranging from English programs, pre-university, undergraduate to postgraduate, the school has attracted more than 20,000 students, including more than 2,000 international students.

In order to help international students better understand the history of QTSC, they were guided to visit QTSC Museum. It operates as a place of presenting historical items, photos, documents, and housing the memory of QTSC’s progress. On the other hand, QTSC Museum provides a discovery area with modern technology applications, products developed by enterprises at QTSC.

At the end of the program, students walked around the campus to visit QTSC’s ecosystem such as R&D Lab, Telecom Center, QTSC Incubator, STEAMZone, Agriculture Center of Excellence, etc. Listening to the brief introduction of QTSC. 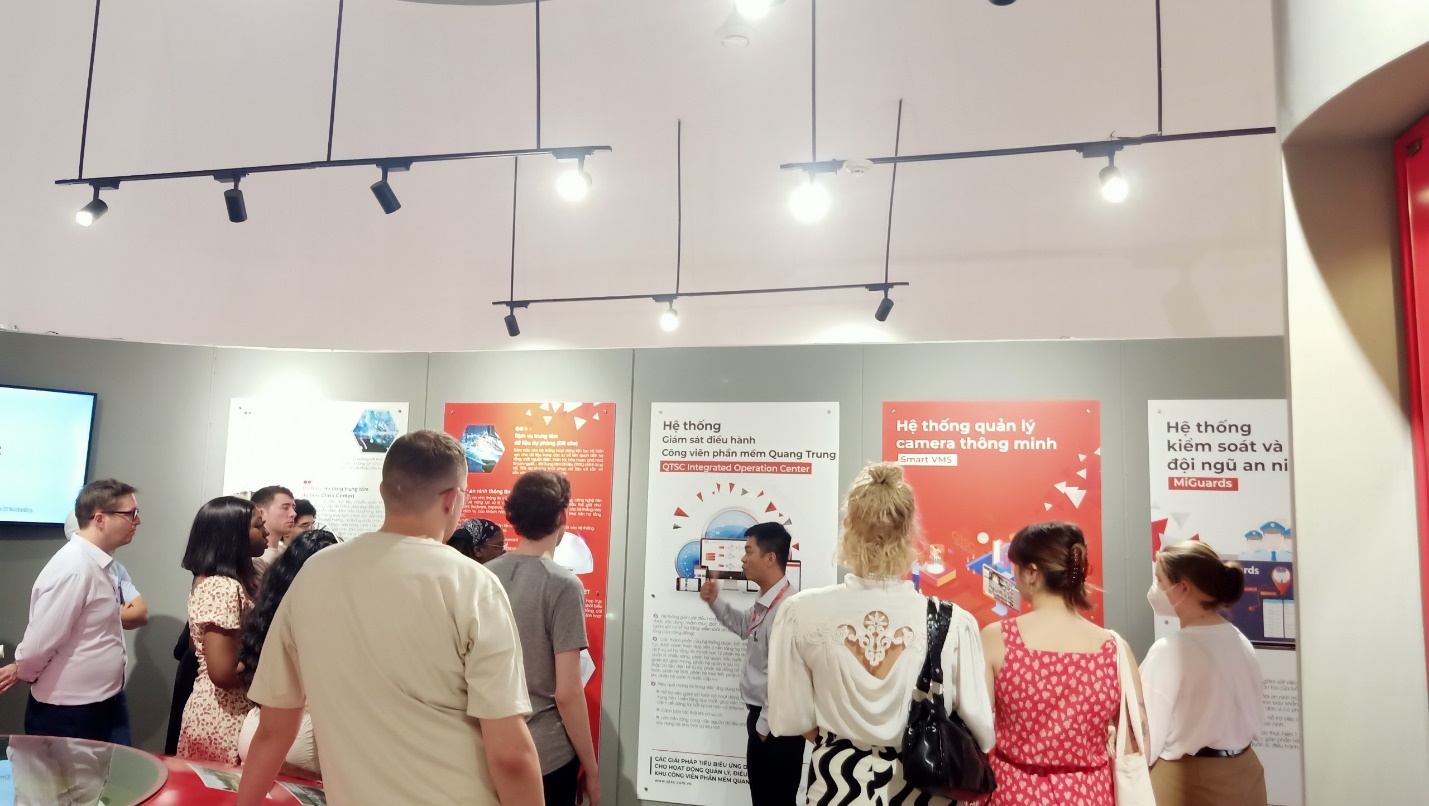