QTSC CTO Club had a meeting about Blockchain

In the afternoon of 19 December 2018, QTSC CTO Club held a meeting to share practical experience on blockchain technology for businesses and plan of QTSC Blockchain Club establishment.

Blockchain is an incorruptible digital ledger of economic transactions that can be programmed to record not just financial transactions but virtually everything of value (*). Currently, blockchain is being concerned and applied in many companies over the world, however, it is such a quite new definition for Vietnam companies to effectively research and apply in their businesses. Understanding that situation, QTSC CTO Club held a meeting for CTO, technical manager, software developer, etc., of IT companies in QTSC to share knowledge and practical experience in building a blockchain team for their companies, learning and training blockchain as well as how to apply blockchain in different industries. 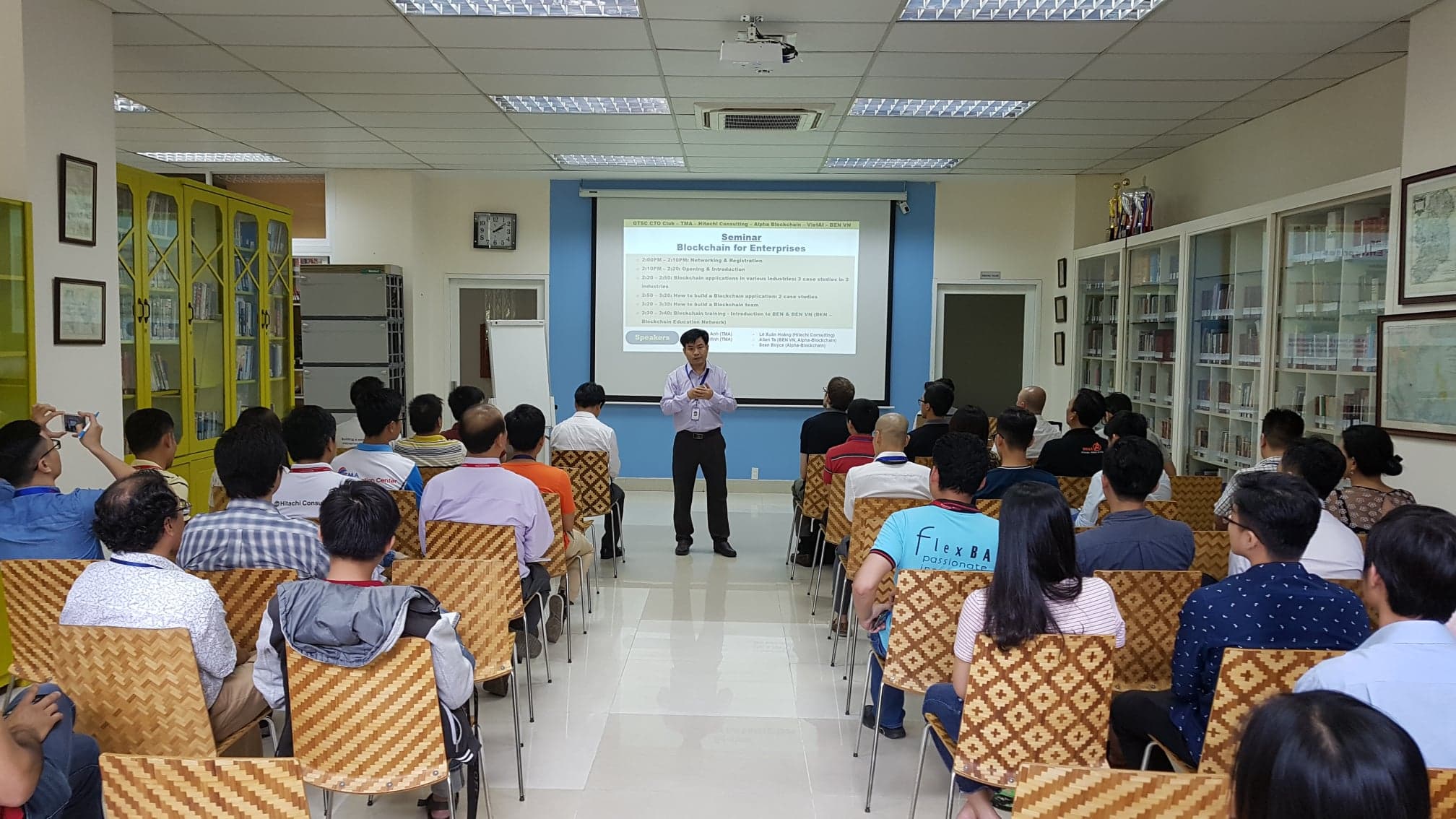 At the beginning, topic “Apply blockchain in different industries”, by Mr. Sean Boyce from Alpha-Blockchain, showed the practical benefits of applying this technology in a number of specific cases related to automatic payment, transfer and automatic supply chain solutions. Thanks to blockchain technology, data flow in processes is guaranteed not to be changed, safe and highly compatible. 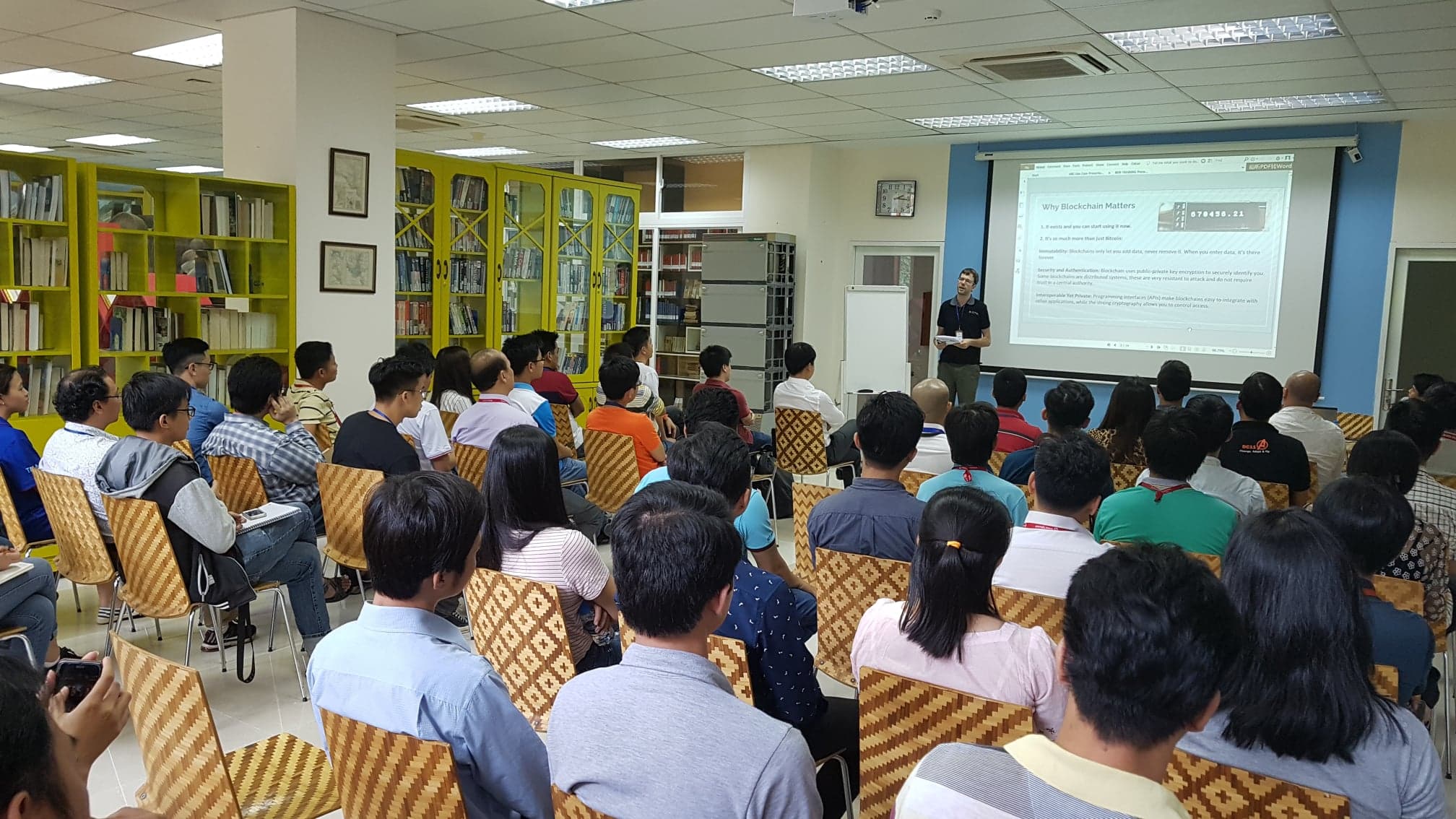 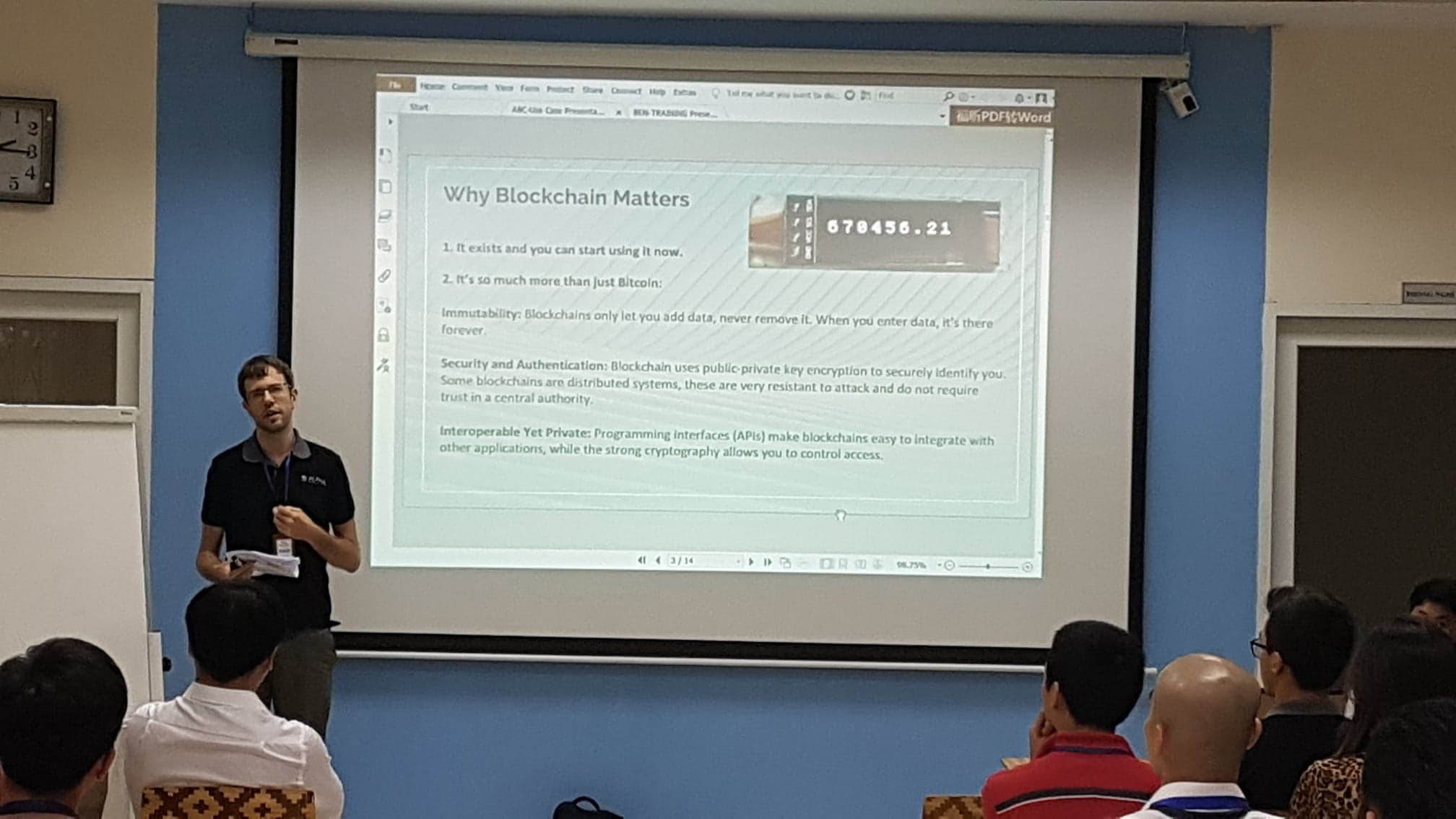 Following, Mr. Le Xuan Hoang from Hitachi Consulting shared experience in effectively applying blockchain in the medical field. Particularly, that was the medical record storage system connecting hospitals which could prevent patients from re-examining many times whenever transfer to another hospital.

Another case study, applying blockchain in reality TV show, was shared by Mr. La Tuan Anh from TMA Solutions. Accordingly, the audience would vote online when the show was on air. Thanks to blockchain the voting process was controlled and ensured transparency in final result.

Then, Mr. Ha Van Minh, Director of TMA Innovation Center enthusiastically shared and discussed with participants on a topic which most IT companies were also interested in: build a team specializing in blockchain? The questions were sequentially discussed and answered: Is it necessary to build a team specializing in blockchain? How to do? Who is suitable to this team? What is the training plan? 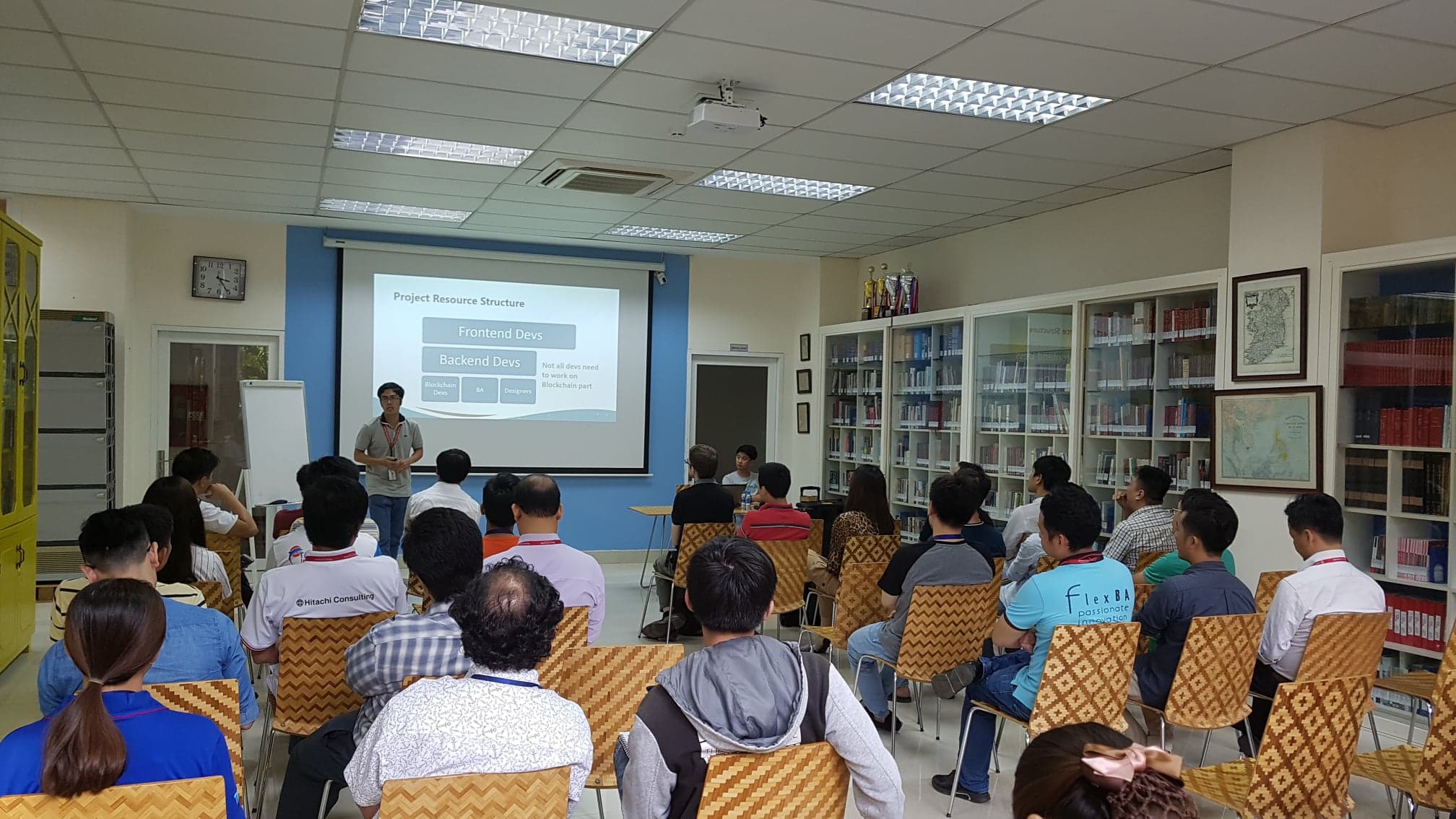 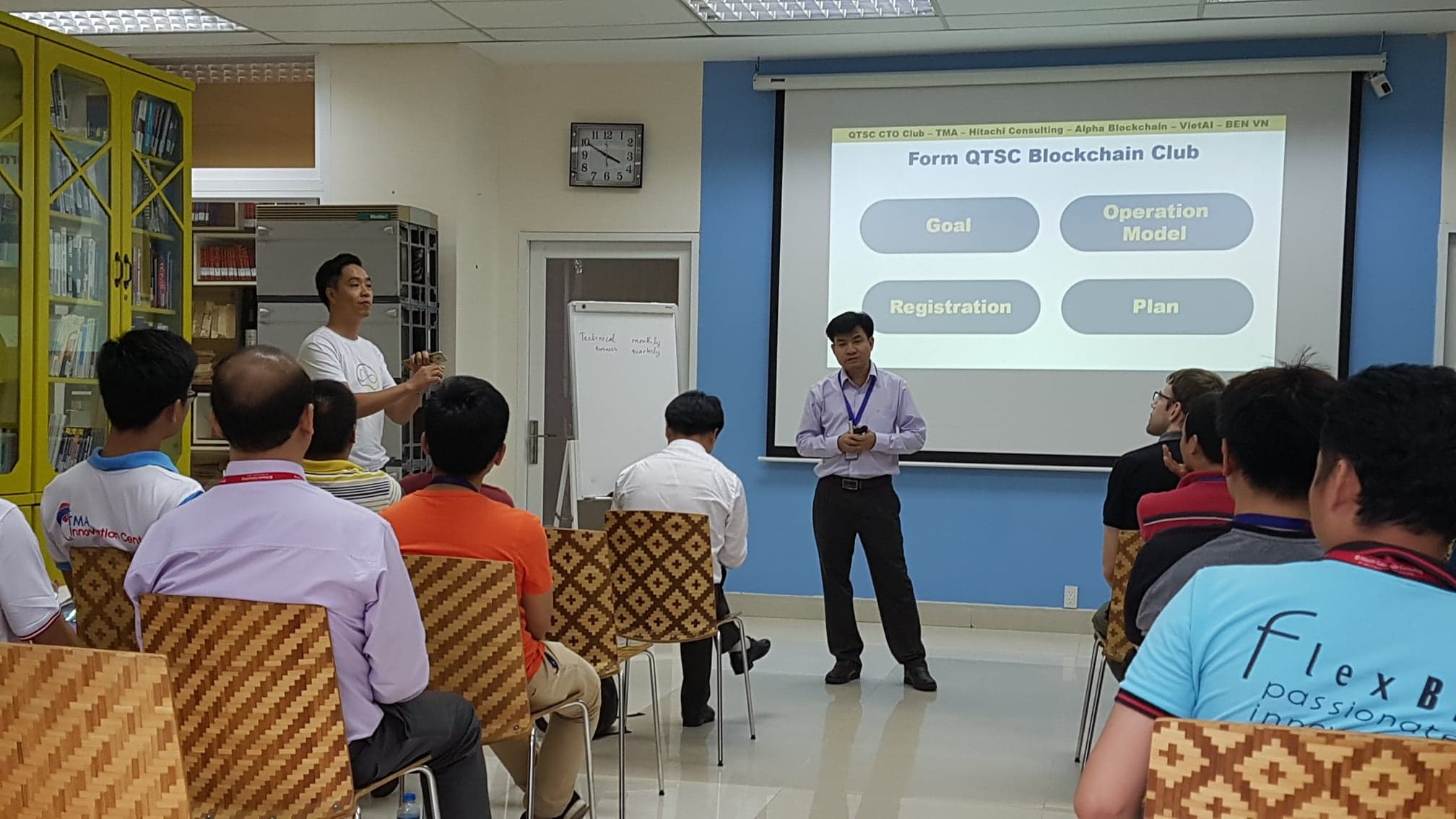 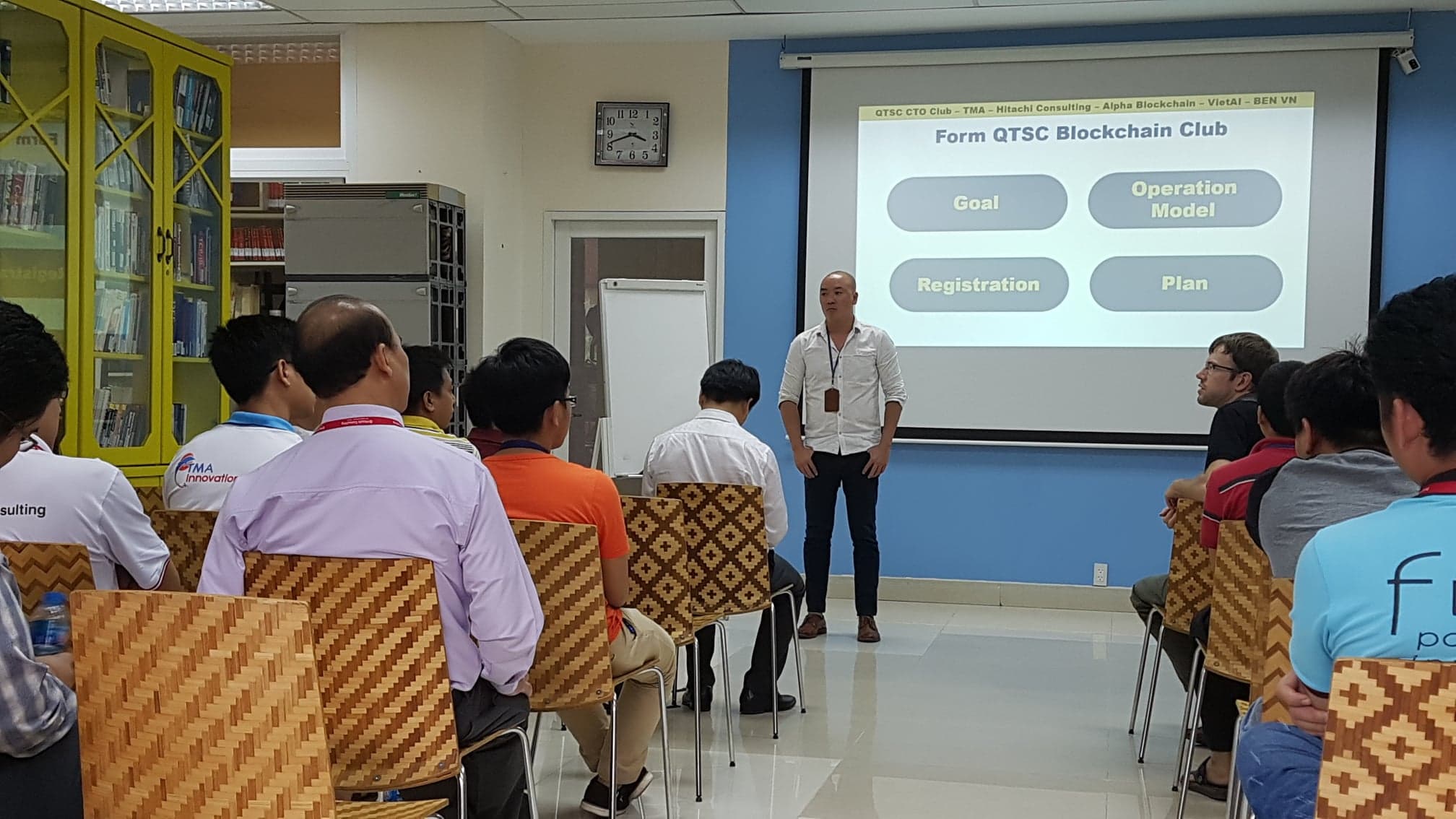