The system helps the users to manage all the cameras in just a single centralized software. Especially, that system can also collect data from the available cameras without making any changes of the whole system. Addition to the basic monitoring functions, the system is also equipped the advanced and smart functions like recognizing the motorbike numbers, human faces, recognizing identity of people, counting the numbers of people, recognizing the crowd, etc. Moreover, there are also the warning functions like warning the objects in the blacklist, warning the objects climbing through the fence, warning the gathering crowd, warning the appearance in restricted areas... 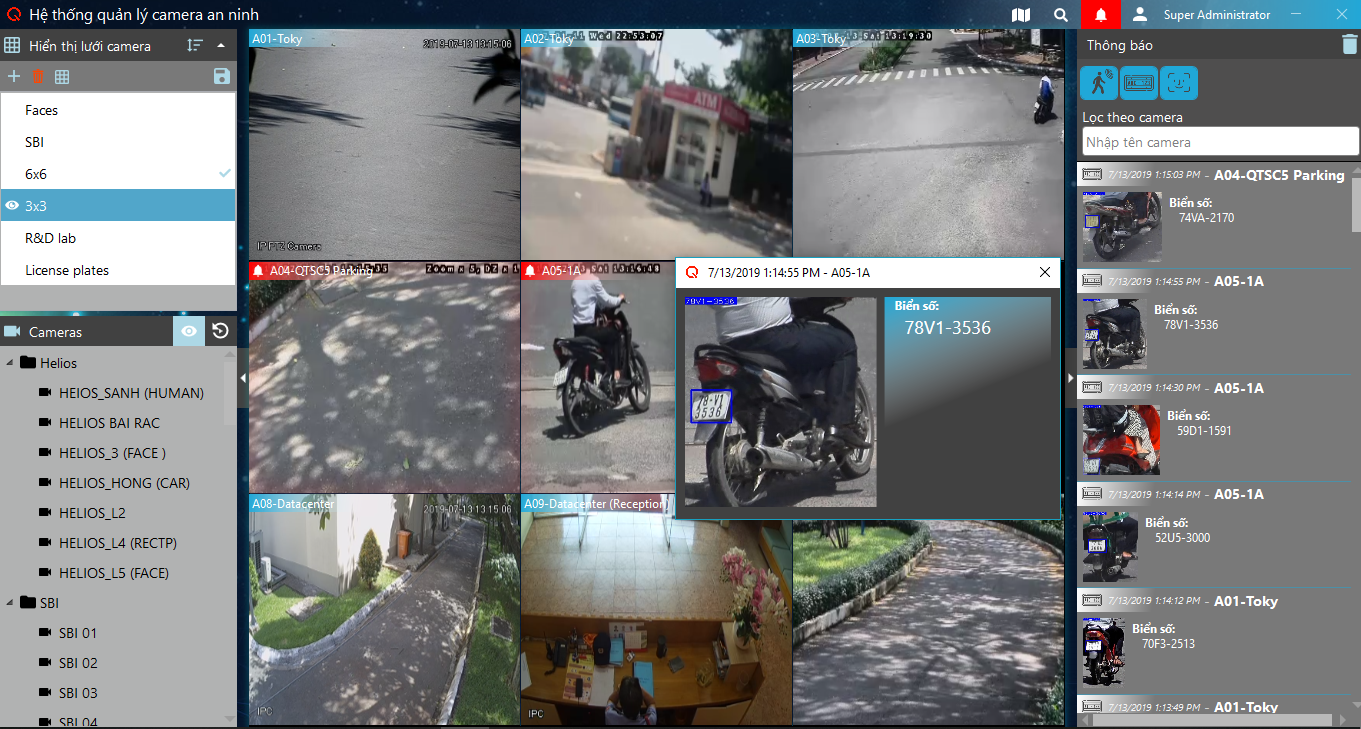 Up to now, the system has been upgraded to Smart VMS with new intelligent features such as:

For example, when importing the VIP's face information, the system will automatically recognize VIPs and create a welcome sound such as "Welcome Mr. ABC to visit QTSC". In the future, the system might be developed more features for traffic such as car - truck - bus identification; vehicle counting; reverse detection; traffic jam warning.

Besides, the Smart VMS was also changed to a new “face” with a friendly and harmonious layout helping users easily monitor actual images and operate more flexibly. 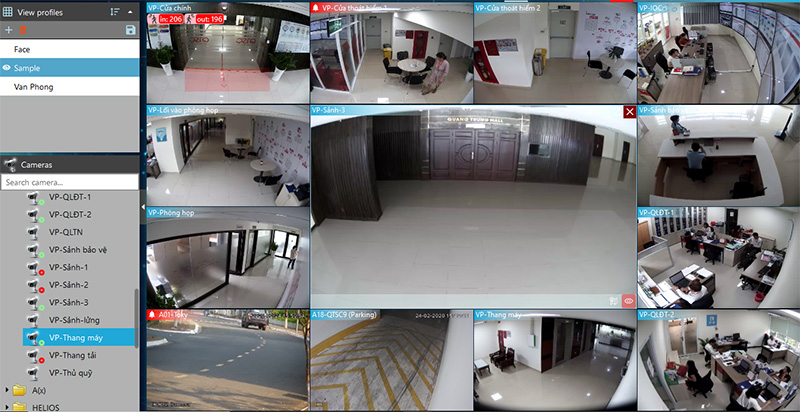